You should always check with your doctor before you start any new way of eating because if you have complications like Diabetes, etc, then you have to make adjustments.

When you start a low carb diet, you have to eat well (go ahead and eat your pasta and steak) and then for three days, befoe you do the low carb diet in full, you eat protein only, six times a day.  Your body might say to you “WTF?”, but it works in kick starting Ketosis.  Ketosis is what helps your body burn fat.  In this blog, I will explain Ketosis and then tomorrow, I will discuss the diet that helps you stay in Ketosis, which will help you burn the fat away.  You can go to anywhere online to buy Ketosis measuring sticks for your urine.  I know that Lindora sells them too: 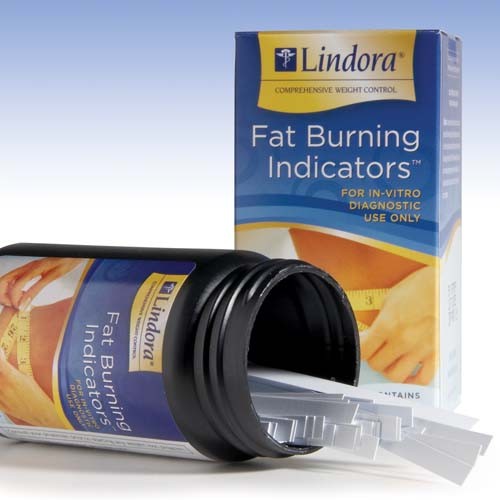 So, here is the gist of why you want to be in Ketosis to lose weight:

Ketosis means that our bodies are using fat for energy.

Ketones (also called ketone bodies) are molecules generated during fat metabolism, whether from the fat  you just ate or fat you were carrying around your middle. When our bodies are breaking down fat for energy, most of the it gets converted more or less directly to ATP and ketones are also produced as part of the process.

When people eat less carbohydrate, their bodies turn to fat for energy, so it makes sense that more ketones are generated. Some of those ketones  are used for energy; the heart muscle and kidneys prefer ketones to glucose. Most cells, including the brain cells, are able to use ketones for at least part of their energy. But there is one type of ketone molecule, called acetone, that cannot be used and is excreted as waste, mostly in the urine and breath (sometimes causing a distinct breath odor).

If enough acetone is in our urine, it can be detected using a dipstick commonly called by the brand name Ketostix (though there are other brands, as well). Even though everyone is generating ketones continuously, this detection in the urine is what is commonly called “ketosis.”

The higher the concentration of ketones in the urine, the more purple the sticks will turn.  Some diet plans advise people to monitor ketosis as an indication of fat burning. Other reduced carbohydrate diets don’t pay much attention to this, or aren’t low enough in carbs to make much of an impression on the sticks. (The latter type of diet is sometimes called a “nonketogenic” low-carb diet.)

So, consider buying the sticks and now you know what happens in a good low-carb diet.  Tomorrow:  Diet plans that help you lose weight quickly and efficiently.